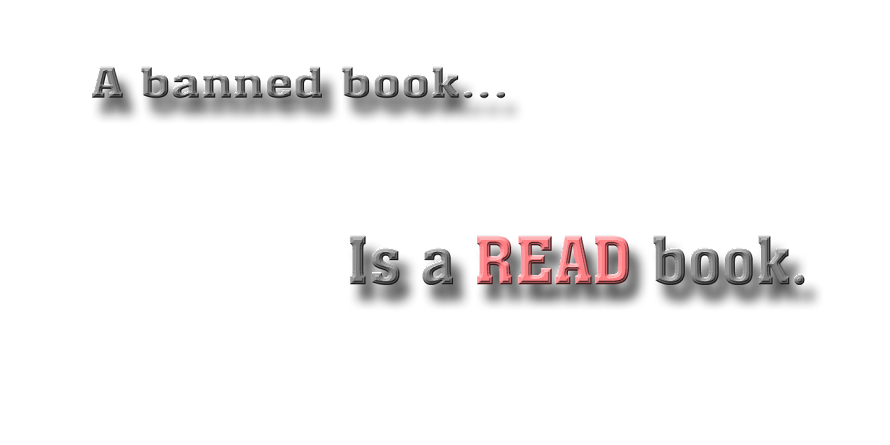 In Recognition of Banned Books Week

Has Anybody Seen the Invisible Man? Jeffrey A. Brown

Has Anybody Seen the Invisible Man?

WHEN TED ELIOT, New York cabdriver and Army veteran, sees two men attempting to abduct a pair of young, struggling actresses—men who can turn both themselves and their victims invisible—he should:

A. Get his eyes checked.
B. Get his head checked.
C. Leap from his cab and attempt a daring rescue.

If you’re a wannabe hardboiled detective, the obvious answer is C.
Eliot, an old-school soul in a young man’s body, is crusty, rough around the edges, street smart, irreverent, often politically incorrect, snarky, sexist, funny, impulsive...
And oddly likable, despite his myriad faults.

Blessed with pluck and abundant dumb luck—and not much else—Eliot and actress Becky Towers manage to capture one “invisible man”—even as the other absconds with Tower’s roommate, Patty Robinson.
Eliot and Towers resolve to keep their captive’s abilities a secret. They want Robinson found and doubt that claims involving invisibility will persuade the police to take her disappearance seriously.
But when the “invisible man” escapes police custody and comes looking for Eliot and Towers, they soon learn that, in order to rescue Robinson, they must journey to a world of nightmarish monsters, megalomaniac psychics, and a traitor from their own world.
They learn that seeing isn’t always believing.


And vice versa, too.

The Trash Can of L.A.: A Reality Play, Jennifer Semple Siegel

The Trash Can of L.A.: A Reality Play (Kindle)

The Trash Can of L.A.: A Reality Play (Paperback)

Summary: In this tragicomedy, a homeless woman and an ambitious producer of a reality-based TV show clash when their interpretations of reality differ. The woman, hired to portray her own life, translates reality literally, while the producer insists on a script—no matter the actual truth. Despite his own conflicts, a washed-up screenwriter attempts to mediate between the feuding woman and producer.

About This Play: TILLY ZEACE, a homeless woman, has been approached by OSCAR FISHBEIN, a washed-up screenwriter, to participate in the first segment of TONY THORNTON’s new “reality-based” TV show.
STREET SHOCK, a Unicorn Studio Production, would feature each week a different segment of the underclass. For the first episode, TONY wishes to feature TILLY and other street people in a segment about the homeless; he and a videographer, armed with a hand-held camera, would follow TILLY around as she does what homeless people supposedly do.
TILLY is drawn to this project because she believes that the American public has a skewed view of street life, and she wishes to present another point of view. However, while TONY wants the final product to “feel real” to his audience, he also wants the segment to have a plot, so the studio has hired OSCAR to write up a script, one filled with stereotypes about street people and depicting TILLY as a shabby alcoholic and drug addict who has no choice about her circumstances. However, as OSCAR gets to know TILLY better, he slowly sheds these preconceived notions.
For a time, it seems as though TILLY will be able to present the “real Tilly as street person” to the American public, but a complication presents itself: the DIVINE MS. ALTA UNIVERSE, a “New-Age” guru and the new owner of Unicorn Studios, adds her own agenda to the script; she insists on adding a scene in which TILLY converts to a new-age Christianity and abandons her “evil” life. Adding to this mix, TILLY, in a monologue, reveals that she is not exactly what she appears to be.
In the middle of this muddle, GINGER, a shallow young woman harboring her own secret, shows up on the set and complicates everyone’s life even more, especially TONY’s.
TILLY soon discovers that reality-based TV has its own set of rules, so she must decide whether she wants to play by those rules or retain her unfettered way of life.
But then a dramatic change occurs, affecting each major character in some significant way; even so, this STREET SHOCK episode has limped along through production and is now ready for its debut.
What happens when STREET SHOCK is finally shown to a live audience? Will theatre goers get a genuine glimpse into the life of a homeless woman? What overall commentary does this play impart about American culture and entertainment?
Throughout the play, these questions are addressed, some implicitly and some answered in the “The Wrap.”
For the overall societal implications for our culture, each reader/playgoer must arrive at his or her own conclusions.

Christmas Eve, 1968: history is made as Apollo 8 astronauts deliver their Christmas message from orbit around the moon.
On earth, at The Crystal Ship, a rock and head shop near Hollywood, California, Jennifer Semple listens to the iconic broadcast and, through the fog of drugs, ponders the future.
In the ensuing days, the 18-year-old girl experiments with LSD and other drugs; juggles a crumbling relationship with a notorious drug dealer; and tries to make sense of life at 2001 Ivar Street, a Hollywood, California, apartment complex where hippies, drug dealers, freaks, strippers, groupies, college students, Jesus Freaks, counterculture gurus, drag queens, rock stars and wannabe rocksters, svengalis, and con artists converge during one of the most volatile periods in history.
Then her grandfather finds the girl and coaxes her into returning to her Iowa hometown, where, unknown to her, she is still considered a minor.
After a series of events and blowups with her grandparents, she is dragged into the Iowa court system and involuntarily committed to the Cherokee Mental Institute in Cherokee, Iowa.
While incarcerated, she corresponds with Jeff, a new boyfriend, and also interacts with other patients: Wolfie, a psychopath who preys on other patients; Penny, a 17-year-old unwed mother; Carrie, a teen cutter with strange obsessions about rats; Joyce, a young married mother enthralled with "10 ways of suicide"; Drew, a young man facing a stiff prison sentence for possession of marijuana; and D.J., a 42-year-old mentally challenged man and 25-year resident of Cherokee, among others.
Finally released from the institution, Jennifer flees Iowa and settles in Pennsylvania, where she still lives today.
As young Jennifer narrates her late 1960's memoir, how will the older and wiser Jennifer, now voluntarily returning to Cherokee as a visitor, reconcile that painful time in her history with her current ordinary life as a wife, mother, grandmother, and teacher?

“Kindle and Fire”: A Short Story

What do a packet of letters, a felon, a pair of red bikini panties, a box of matches, auburn hair, a controlling husband, and a restless wife have in common?
All are pieces of a puzzle that make up this 6,000 word story of longing, smoldering anger, and secret obsession.

Are You EVER Going to be Thin? (and other stories), Jennifer Semple Siegel

Are You EVER Going to be Thin? (and other stories), 2nd edition

This short story collection chronicles artist Samantha Mallory’s battle with weight, family, molestation, love, marriage, sexuality, the Catholic church, traumatic cultural events, and death.
A family reunion awakens the voices of Samantha’s relatives, dead and alive.
“Time, An Other,” the opening story, describes Samantha’s first memory; other stories move forward and backward and forward in time. “In the Name of God” places Samantha’s daughter and granddaughter in New York City during 9/11; “Psychedelic Bingo” moves forward to 2035; “Time, Suspended,” the last story (set in 1990), reveals a family secret.
“Are You EVER Going to be Thin?,” the title story, interweaves childhood letters from an aunt with a grandmother’s dire warnings.
“Cut,” a bonus story added to the Kindle version, delves into Samantha’s fascination and fear of fire and her willingness to court danger as she befriends a prisoner via mail.
Also included: “Are You Thin Yet?” the essay that inspired the title story and this collection.

FOR EDUCATORS AND BOOK CLUBS:

Sample Questions: In the title story “Are You EVER Going to be Thin?,” Samantha is a silent presence as two alternating voices address her in various ways. Who are they, and how do their own attitudes toward Samantha’s weight inform her own self awareness and body image? In what literary form does each voice address Samantha, and why are both forms important to Samantha’s understanding of her familial relationships? The author has said that she was influenced by Jamaica Kincaid’s classic short short story “Girl.” How are the two stories similar? How are they different?

Sample Writing Exercise (about 250 words): Based on a “voice” from your own past (or made up), write a short fictional passage in which an adult is addressing a child (who remains silent).

Email ThisBlogThis!Share to TwitterShare to FacebookShare to Pinterest
Labels: Amazon Books, Are You EVER Going to be Thin?, Coming of age, Family, Fiction, Index A, Jennifer Semple Siegel, Our Catalog, Short Stories, Weight Issues, Writing Exercises

About Our Authors: Jennifer Semple Siegel

JENNIFER SEMPLE SIEGEL, now retired from academia, is a writer, an editor, and a webmaster.
She has taught Creative Writing and Literature at York College of Pennsylvania and Ss. Cyril and Methodius University of Skopje (Skopje, Macedonia).
Her fiction and non-fiction, including scholarly articles, have been published in various national and regional journals, magazines, and anthologies.
From 1993-1996, she edited Onion River Review, a literary journal.
She is currently the owner and webmaster of Poets.net, Ban My Book (parent company of this catalog site), and her personal blog Life is a Brand, among other sites.
She earned her M.F.A. in fiction from Goddard College (Plainfield, Vermont).
In 2009, Semple Siegel served as a Fulbright Scholar in Skopje, Macedonia.
In addition to her teaching and own writing, her Fulbright project included helping to develop a new American Studies program at Ss. Cyril and Methodius University.
She currently lives in Pennsylvania with her husband Jerry.
For the long version of her author’s bio, see “Jennifer’s Story” on Why I Write.